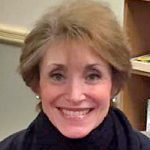 Iris joined our congregation in 2004.  She grew up in the city of Yonkers, New York, and now lives in Wayne, New Jersey.  Iris graduated with a degree in speech pathology from Buffalo State College.  After taking a summer position with a bank, she decided to change career directions.  Iris worked for NYU – Weill Cornell’s The Rogosin Institute for almost 15 years before meeting and then working with a leader of the congregation that years later would again change her career path and bring her to this congregation. Contact her at: [email protected] 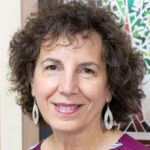 Along with her husband, Rod, and sons, Andrew, Alex, and Ari, Rebecca Bernstein McVeigh joined our congregation in 1996.  After serving in various leadership roles as a volunteer, she was asked to lead the religious school in a professional capacity in 2003, and then all of our educational programming shortly thereafter. Rebecca was raised on Cape Cod and graduated with a degree in Education from Simmons College in Boston, and has lived for the past 39 years with her family in Oakland, New Jersey. Contact her at: [email protected] 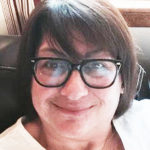 Michelle and her husband, Randy have been members of the BHSS community since 2004.  Prior to joining the BHSS staff,
Michelle graduated from Ithaca College with a Communications degree which she put to good use as a television and radio writer/producer for over 30 years.
Switching gears, she is thrilled to be working with the BHSS staff and congregation that she holds close to her heart. Contact her at: [email protected] 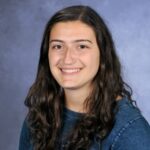 Samantha “Sam” Spencer is a 2019 University of Vermont graduate with a degree in Elementary Education, Special Education, and American Sign Language. She currently is teaching public school third grade. She lives in Ramsey. In high school, she was actively involved in the synagogue. She is a past BHSS youth group president, past member of NFTY GER, and graduated from our Kadimah program. She spent many summers growing up at URJ Eisner Camp! Sam is now in her second year of teaching fourth grade in our religious school and has been a great asset to the staff. Her creativity and knowledge of new tech tools and communications avenues continue to enrich our programming. “I am so excited to continue to work with youth at BHSS! I am grateful for the mentors and role models that I helped shape me when I was in youth group during high school. 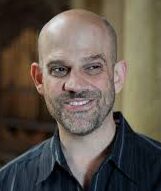 Brian Gelfand joins us as the musical partner to Rabbi Ilana on select Friday nights and for b’nei mitzvah on Saturday mornings. He is a pianist, vocalist, and songwriter active in pop, jazz, and Jewish music with a performing career that spans over 35 years and venues all over the world. Playing piano since the age of 6, he went on to study music at Columbia University and the New England Conservatory. He continues to study with some of the greatest pedagogues in jazz and classical piano. He performs as a jazz pianist, both solo and with ensembles. He also writes and records his own compositions, both Jewish and secular. He is also an accompanist at many synagogues including Rodeph Shalom in NYC and Westchester Reform Temple in Scarsdale, NY.

Brian is also a very devoted Jewish music educator. He received his Jewish education at an Orthodox Jewish day school. He then received a degree in Talmud and Rabbinics from the Jewish Theological Seminary. He has taught Solomon Schechter of Essex County, The Frisch School, The Kushner Academy, and many other Jewish institutions of all denominations. He was the choir director at the Yeshivah of Flatbush High School for 11 years. He currently teaches music at the Kinneret Day School in Riverdale, NY, and She’arei Tikvah in Scarsdale, NY.

Jane has always had a love of music. She took piano and voice lessons growing up and has sung with many choirs and accompanied numerous Cantors and Vocalists. She has performed with a few Rock and Roll bands and sang in a trio with her beloved Cantor who helped to instill in her a love of Jewish music. Jane would play and sing for services when the Cantor was unavailable, played for youth services, and also sang songs with the preschoolers. Jane started working for our congregation in 2003 as a music teacher and pianist for the choir. Over the years her job has evolved. She is a teacher and choir director and now is embracing her new position co-leading services with Rabbi Ilana for select Shabbat services and holidays. Jane and her husband, Eric raised their daughters, Elyssa and Jenna in Oakland, New Jersey, where they have lived for the past 36 years.

Roberto and his wife Dawn joined our congregation officially in August of 2015, but for nine years prior Roberto was the landscaper for our property, ensuring a beautiful surrounding for our building and keeping our driveway and parking lots safe for us all year round.  Roberto is a jack of all trades…..can fix anything, is always there when you need him, and has become another valued part of our team.  When you see him around the synagogue please say hello and introduce yourself!