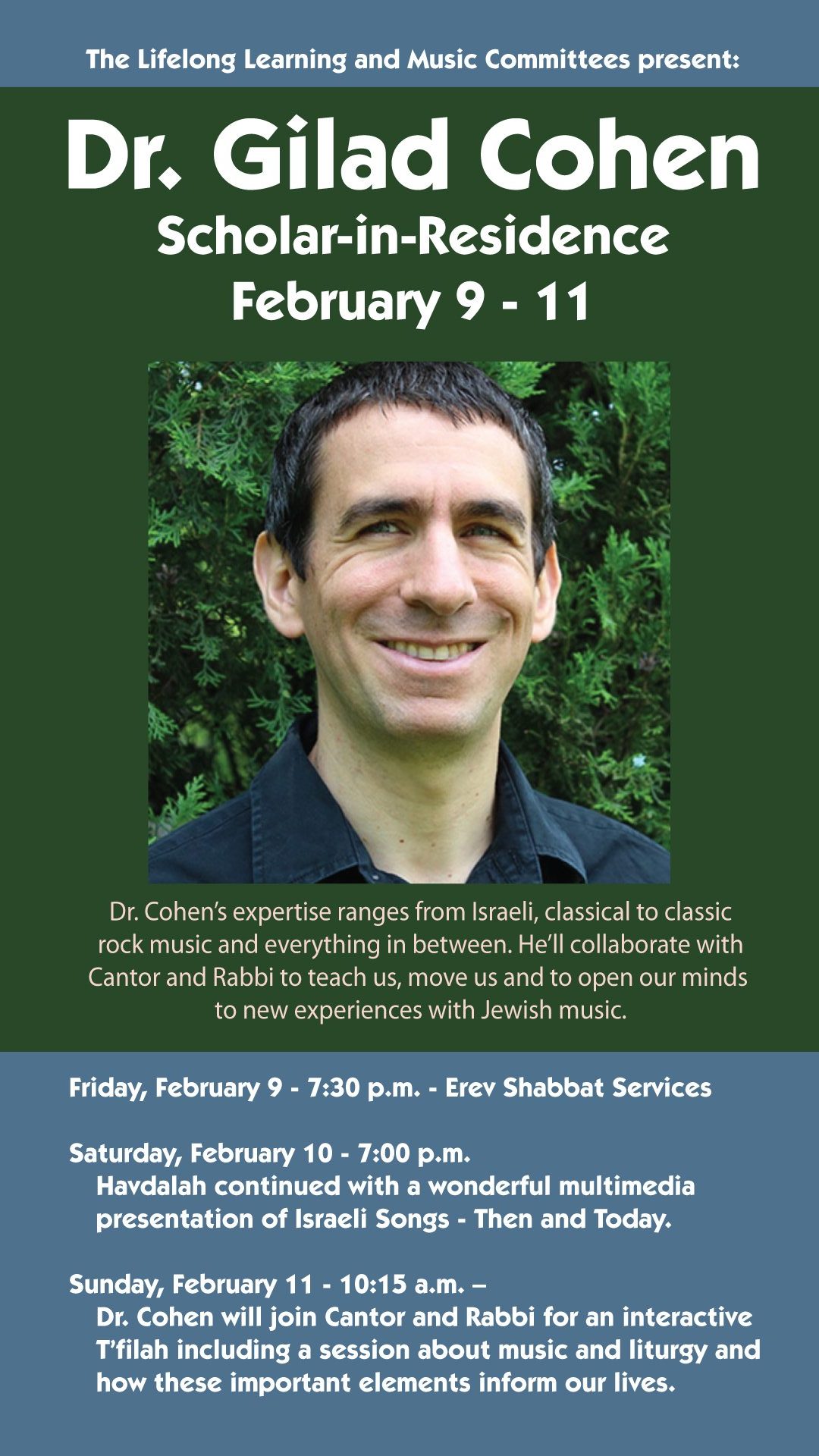 Dr. Cohen will join Cantor Perper and Rabbi Diamond for an interactive t’filah including a session about music and liturgy and how these important elements inform our lives.