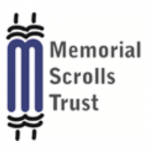 COMING SOON: Information and history about BHSS’ treasured survivor scrolls from Pilsen and Vodnany, Czech Republic (MST 674 and MST 1436). If you are interested in helping research our scrolls and develop materials to teach the congregation about them, please contact Suzanne DuCharme ([email protected])

As in many other congregations, these scrolls are on loan to BHSS from
the Memorial Scrolls Trust in London.

Czechoslovakia:
The Nazis and the Czech Jews

The Demise of the Jewish Communities

Jews had lived in Bohemia and Moravia for more than a thousand years. Over that time a rich Jewish culture developed, centred on Prague and spread across a large number of communities throughout the country.

When the Munich Agreement was signed on 29 September 1938, Britain and France agreed to Hitler’s demand to be given the German speaking border regions of Czechoslovakia, and the Germans marched in. The Jews from about sixty congregations in the prosperous industrial and commercial towns in the Sudetenland had 2 or 3 days to flee to the interior, which was still a free and sovereign country. They left behind their synagogues, which were in German hands in time for the destruction of the Pogrom of November 1938, when synagogues across the expanded Germany, which now included the Sudetenland, were burned or vandalised and looted. In almost every case the ritual treasures of these Sudetenland synagogues were destroyed or lost.

In the remainder of Czechoslovakia, which included Prague, the synagogues and their swollen congregations were safe for the time being, and there was no programme of destruction, even when the Germans invaded the rest of the country in March 1939. In 1940, the congregations were closed down, but the Jewish community administration was used by the Germans to execute their stream of decrees and instructions. In 1941 the first deportations started and the mass deportations of the Jews took place throughout 1942 and into January 1943.

The Nazis decided to liquidate the communal and private Jewish property in the towns, including the contents of the synagogues. In 1942 Dr Stein of the Juedische Kultusgemeinde in Prague wrote to all Jewish communities, instructing them to send the contents of their synagogues to the Jewish Museum in Prague. Thus the Torah Scrolls, gold and silver and ritual textiles were sent, along with thousands of books. The remaining Jews were deported in 1943 and 1944, but quite a number survived.

The Saving of the Judaica

The inventory of the Prague Jewish Museum expanded by fourteen times as a result, and a large number of Jews were put to work by the Germans to sort, catalogue and put into storage all the items that had come from over one hundred congregations in Bohemia and Moravia. It needed over forty warehouses; many of them deserted Prague synagogues, to store all these treasures. When the task was eventually completed, the Jews who had been put to this work were themselves deported to the Terezin concentration camp and death. There were few survivors.

It was once accepted that the accumulation of this vast hoard of Judaica was intended by the Nazis to become their museum to the extinct Jewish race. There is, however, no evidence that any such museum was ever planned. The Prague Jewish Museum had been in existence since 1906, and was not created in order to house the Judaica collected in 1942. In 2012, the Prague Jewish Museum published “Ark of Memory” by Magda Veselska, a history of the museum that includes a clear explanation of how it was the Jews of Prague that worked before, during and after the war to protect a legacy that was threatened with destruction.

After the defeat of Germany, a free and independent Czechoslovakia emerged, but it was a country largely without Jews. Most of the surviving Jews in Prague and the rest of Bohemia and Moravia were from Slovakia and further east from Subcarpathian Ruthenia. Prague, which had had a Jewish population of 54,000 in 1940, was reduced to under 8,000 by 1947, and many of these were to leave.

Czechoslovakia and the Communists

On 27 February 1948, after less than 3 years of post war freedom, the Communists staged a coup and took over the government of Czechoslovakia. The Prague Jewish Museum came under government control, and was staffed mainly by non-Jewish curators.

In 1958 the 18th century Michle Synagogue became the warehouse which housed hundreds of Torah Scrolls from the large Prague Jewish community and what was left from the smaller communities of Bohemia and Moravia. The collection did not include scrolls from Slovakia, which the Germans had put under a separate administration. The Scrolls were left totally neglected.

The Communists Sale of the Scrolls

Eric Estorick, an American living in London, was an art dealer who paid many visits to Prague in the early 1960’s. He got to know many Prague artists, whose work he exhibited at his Grosvenor Gallery. Being a frequent visitor to Prague, he came to the attention of the authorities. He was approached by officials from Artia, the state corporation that had responsibility for trade in works of art, and was asked if he would be interested in buying some Torah Scrolls.

Unknown to him, the Israelis had been approached previously with a similar offer, but the negotiations had come to nothing. Estorick was taken to the Michle Synagogue where he was faced with wooden racks holding anything up to 2000 Scrolls. He was asked if he wanted to make an offer, and replied that he knew certain parties in London who might be interested.

On his return to London, he contacted Ralph Yablon, a well-known philanthropist with a great interest in Jewish art, history and culture. Yablon became the benefactor who put up the money to buy the Scrolls. First, Chimen Abramsky, who was to become Professor of Hebrew Studies at the University of London, was asked to go to Prague for twelve days in November 1963 to examine the Scrolls and to report on their authenticity and condition. On his return to London, it was decided that Estorick should go to Prague and negotiate a deal, which he did. Two lorries laden with 1564 Scrolls arrived at the Westminster Synagogue on 7 February 1964.

After months of sorting, examining and cataloguing each Scroll, the task of distributing them began, with the aim of getting the Scrolls back into the life of Jewish congregations across the world. The Memorial Scrolls Trust was established to carry out this task.

The Memorial Scrolls Trust and The Silent Messengers

It is the duty of the Memorial Scrolls Trust to care for these scrolls and to ensure that they are given a prominent role in the spiritual and educational life of the institutions to which they have been entrusted. The Trust endeavours to help these organisations to build a bond with the community symbolised by their Memorial Scroll, and to maintain a continuous awareness of the special significance of these scrolls.

Each Memorial Scroll is a messenger from a community that was lost, but does not deserve to be forgotten.